Dietary Fiber (DF) is one of the seven essential nutrients required by the human body. A special meeting of the 84th annual meeting of the American Association for Clinical Chemistry (AACC) on November 2, 1999 was held to define dietary fiber The discussion and the final definition are as follows: Dietary fiber refers to the total amount of edible plant-based ingredients, carbohydrates and the like that are capable of resisting digestion and absorption in the small intestine and can be partially or fully fermented in the human colorectal body, and mainly consist of cellulose, Pectin, hemicellulose and lignin.

Reducing staple foods may not be enough to consume dietary fiber

Now there is the mainstream argument that sugar increases blood sugar levels, reducing sugar intake can inhibit insulin secretion, which can effectively prevent diabetes and help to lose weight, so many people will limit the intake of staple foods, and even extreme may even Completely cut off the staple food. Nowadays, there are more and more people adopting the “sugar restriction” approach.

Intake of sugary foods, blood glucose levels increased difficulty index is usually expressed as the GI value. According to the correlation between food GI value and the risk of developing diabetes, foods with high GI value have a higher risk of developing diabetes. However, Tokyo Uchikui Medical University Hospital Endocrinology Professor Utsunomiya Yodian said: “Under normal circumstances need to be noted that the control of sweet or sweet drinks, monosaccharide intake, for polysaccharides, such as starch and Dietary fiber, too much to reduce the intake of health but on the contrary.

Most people’s impression of food rich in dietary fiber is mostly limited to whole-grain foods such as brown rice, miscellaneous rice, barley, oats, etc. However, dietary fiber is also divided into two broad categories. Each of the two kinds of dietary fiber has its own characteristics and functions. Dietary fiber should pay attention to balance between the two intake.

According to its ability to dissolve in warm or hot water can be divided into two categories:

From both functions, it is usually well-known to clean the intestine to prevent constipation, which is mainly the function of insoluble dietary fiber. It can increase stool volume, increase intestinal motility, improve and prevent constipation. The main purpose of soluble dietary fiber, according to long-term research on the function of dietary fiber, Professor Kiyoshi Seiichiro of Kami Womens University introduced that it can mix well with the ingested food and slow down its digestion and absorption so as to ensure a steady increase of postprandial blood glucose. Soluble dietary fiber for diabetes-led lifestyle diseases and obesity have a good preventive effect.

Both soluble dietary fiber and starch are the most preferred bait for intestinal bacteria. Acidic substances such as butyric acid, acetic acid and propionic acid bacteria are also capable of synthesizing short-chain fatty acids that cause the intestinal environment to become weakly acidic and let the bad Bacteria difficult to survive. In addition, short-chain fatty acids can also promote the high function of the gut as a source of energy for the gut, promoting the secretion of the gut hormone GLP-1, which at the same time allows insulin to function better.

Prevent diabetes can not rely on reducing the staple food intake

Not only is prevention of obesity, many people in the prevention of diabetes to reduce the staple food approach, but in fact, this just happens to break the largest source of dietary fiber. If the staple food more concerned about the sugar, should not simply reduce or reject the staple food, but should take alternative means, such as using barley, barley, oats, millet, beans and other refined white rice noodles in order to ensure that dietary fiber intake Reduce blood sugar fluctuations.

Utsunomiya Director, said: “50 years ago, the Japanese daily intake of sugar to provide energy for more than 70% of the total energy, but the incidence of diabetes is very low; but now intake of sugar sometimes less than 60% Diabetes, obesity and other incidence rates are increasing year by year.This is because the intake of animal fat significantly increased compared to the past, Europe and the United States increased visceral fat type.Diabetes is not caused by the incidence of sugar intake, but intake Fat has undergone qualitative changes. ”

Professor Ji Juncheng, a researcher at Kanazawa University who studies the relationship between the GI value of food and the incidence of diabetes, believes that there is a certain benefit in terms of reducing blood sugar levels if diabetes intake is reduced. For healthy people, even if the weight can be temporarily reduced, but in the long run, simply reducing the staple food intake is not conducive to good health. Therefore, he suggested: “The usual diet, on the basis of staple food, adopts the dietary fiber content and the richer variety of ingredients instead of the single polished rice noodles as the staple food. At the same time, young people should take more protein from the beans and from Eggs, fish and shellfish, dietary fiber from grains such as barley, millet and barley, konjac, etc. A healthy diet and high-quality sources of nutrients can prevent diseases more effectively and ensure their health. ” 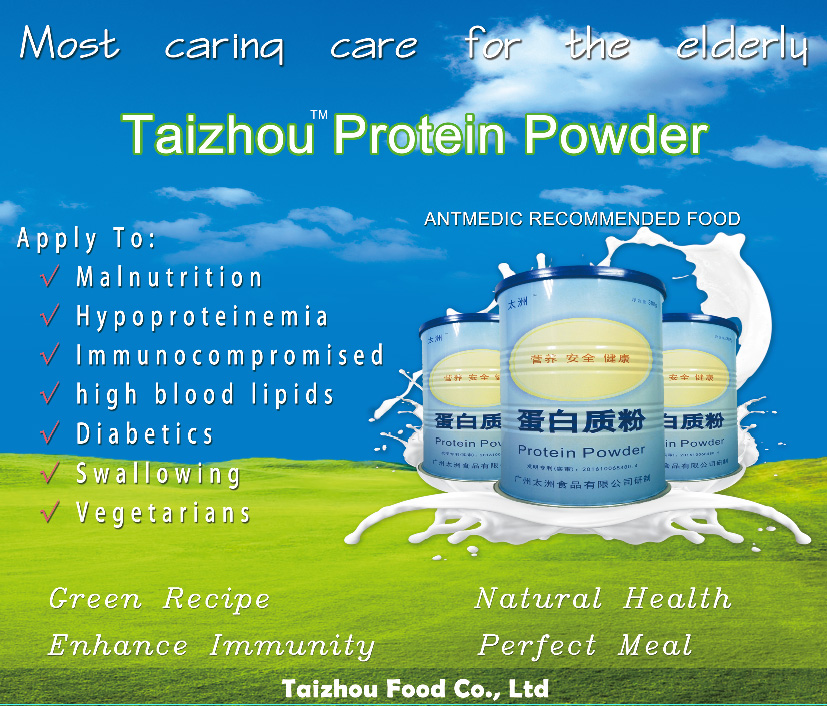 This site is recommended Taizhou protein powder, the main components of soy protein isolate, eggs, barley, millet, glutinous rice, natural ingredients, green and healthy, high protein, high dietary fiber, low-sugar high-quality formula for all people, especially those with diabetes People, after clinical observation, long-term consumption of Taizhou protein powder meal on behalf of blood glucose has no significant effect. Taizhou protein powder for postoperative patients need to add protein and other nutrients to accelerate wound healing is the preferred nutritional supplement products for patients with diabetes, hypoproteinemia, various types of cancer, gastrointestinal disorders, but also for the use of protein diet Law to lose weight of the crowd, vegetarian population as a meal replacement.